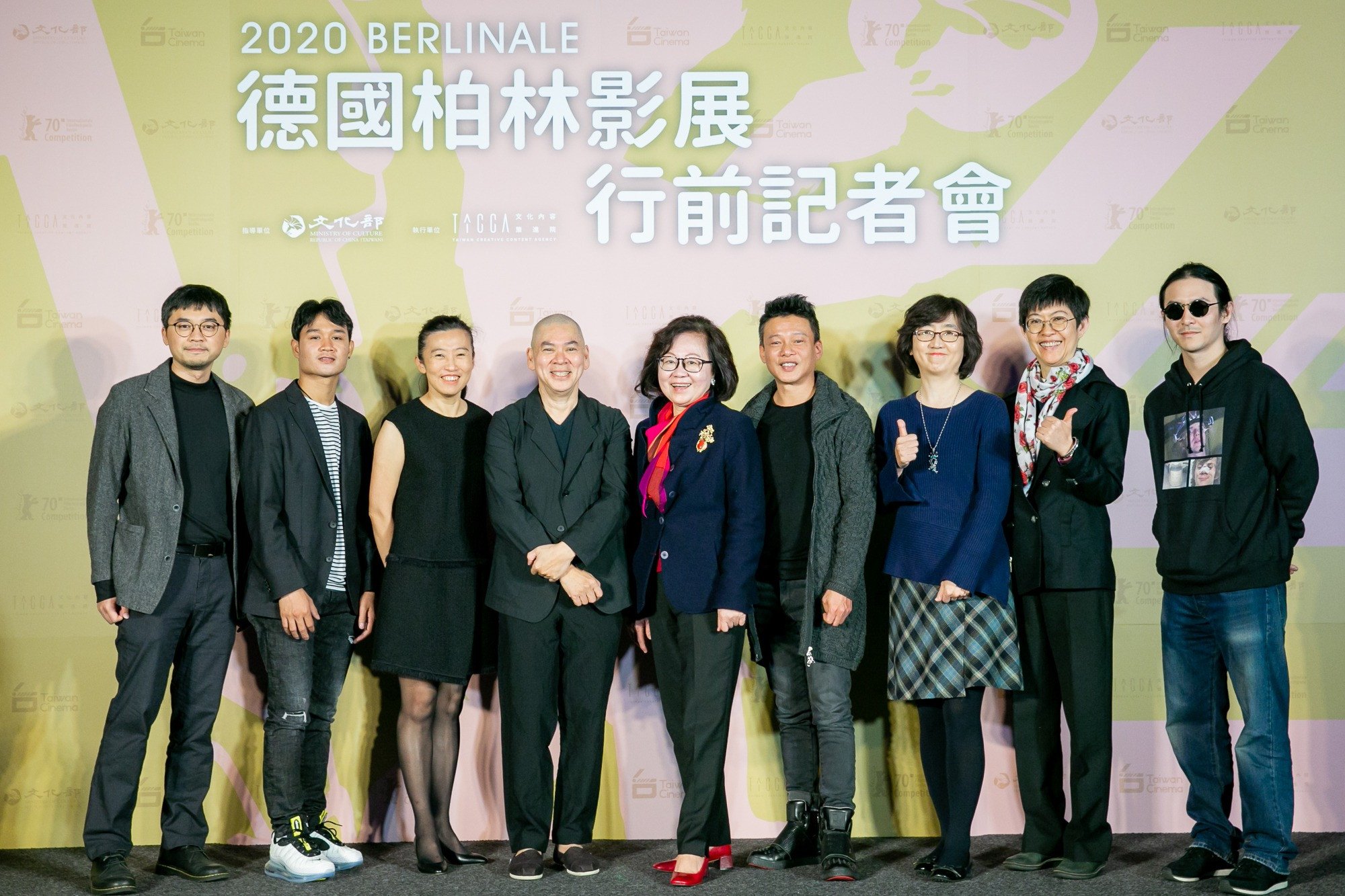 The 70th Berlinale and European Film Market, starting on Feb. 20, 2020, will feature the latest work, “Days,” of director Ming Liang TSAI (蔡明亮) as the sole Mandarin competitor for the Golden Bear Award. Three burgeoning directors from Taiwan also made it to the Berlinale Talents, an annual summit and networking platform for gifted young directors. Another good news for the creative industries is that TAICCA will debut in the European Film Market, and host an IP Showcase to promote creators from Taiwan to the global market.

Director Ming Liang TSAI attended TAICCA’s Berlinale Pre-Event Press Conference along with two leading actors of “Days.” One is Kang Sheng LEE, who TSAI has worked with for a long time; the other is Anong Houngheuangsy, a young Laotian actor whom TSAI discovered in the streets of Bangkok. Director Ming Liang TSAI, in a sentimental way, remarks that after filming LEE for over three decades, they still stand side by side. And, more recently, since TSAI has a new young actor in the frame, he wishes to live longer to film him more and help him to discover the world’s brilliance. TSAI is very glad to be able to take Kang Sheng LEE and Anong Houngheuangsy back to Berlin, which for him,  outweighs winning the Golden Bear Award. In terms of industry class, TSAI’s films belong to the handmade category, according to the director himself, and, under the invitation of TAICCA’s president, Ching Fang HU, TSAI will give a lecture on his idea of “Hand-Sculped Cinema” films in Berlinale.

TAICCA not only brings Taiwan’s brillance to Berlinale, be upgrading  the Taiwan Pavilion  in the European Film Market, it also launches an IP Showcase featuring three film projects chosen by the Golden Horse Film Project Promotion: “Chi: The Method of Breathing,”  “A Holy Family,” and “Silent Etude.” During the opening speech at the press conference, TAICCA’s president, Ching Fang HU, said that TAICCA makes its debut in the global film markets with style and a business mentality, bringing Taiwan’s connection with local markets to the next level. HU emphasized that TAICCA will curate content for different target audiences specific to each exhibition to stimulate international co-production and collaboration. The three selected film projects that TAICCA will showcase in Berlinale are examples of TAICCA’s new approach as the festival is regarded as a milestone by global young talents.

Back in Berlinale 2005, director Ming Liang TSAI’s film, “The Wayward Cloud,” competed for the Best Film Award and won the Silver Bear Award and the Prix FIPRESCI. Fifteen years later, TSAI is once again shortlisted for Berlinale’s Best Film for his new film, “Days,” which will premiere on Feb. 27 during the film festival. TSAI’s 17 competitors include Sang Soo HONG, director of “The Woman Who Ran,” and Sally Potter, who directed “The Roads Not Taken.”

In recent years, young talents from Taiwan can be found in the prestigious Berlinale Talents every year.  In 2020, three more are chosen based on their works and accomplishments: Wen HSU is elected as a publishing representative and film critic; Ya Chih CHENG, known for her feminism in her works, is elected in the director section; and director Yin Yu HUANG is chosen for his VR short-film, “Visa-Exempt Entry.” This shows that Taiwan filmmakers have earned their reputation in production and marketing alike, and the number of talents from Taiwan is as remarkable as their quality.

In Berlinale 2020, 13 exhibitors from the island will join the European Film Market, introducing almost 80 films and projects to the world.