With the support from Taiwan’s Ministry of Culture, the third iteration of the Taiwan Biennial Film Festival (TBFF) is held by the Taiwan Academy of the Taipei Economic and Cultural Office in Los Angeles in partnership with the Taiwan Creative Content Agency (TAICCA).

Online Screening Starting on Nov 4th (Available in US Only): https://tbff2021.watchbeem.com/

Opening the festival is Man In Love, which will be screened in person at the TCL theater on November 3rd. Man In Love is a bittersweet romance of a debt collector who falls in love with the daughter of his debtor. Taiwanese director Chen-hao Yin’s first feature film has reached almost NT$400M (USD$14M) at the local box office, Taiwan’s biggest locally-produced hit this year.

From November 4th through November 12th, TBFF will show an online festival on the global co-watching platform, Watchbeem. Line-up for this year comprises over 20 feature films and short films, including various genres. Through the free, diverse, unique interpretation from the new generation of Taiwanese filmmakers, TBFF 2021 signals Taiwan in the most contemporary and realistic manner to the global audience.

A small-time gangster clumsily attempts to court a girl he has a crush on. Can he win her over and leave the underworld behind?

She is not ready to dance with life again... until she finds her dead husband’s missing leg.

The dream of a young entrepreneur and his partners is to change the unreasonable structure of the current economy with a new generation technology of the internet: blockchain technology. 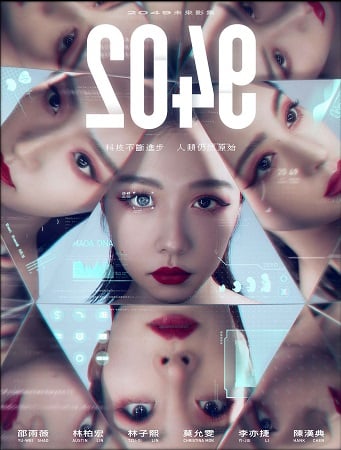 2049 series is composed with three chapters, The Fortune Telling, The Hedgehog Effect, and The Talk of Love. The background all sets in 2049 A.D., where technology and human lives are bounced altogether! In The Hedgehog Effect, Shadow goes to a therapy trying to heal her traumas by a new technology and surprisingly found out the psychiatrist, Yu-Ching, has memories almost as same as hers……

A hearing-impaired boy transfers to a school for children with special needs. But his excitement about blending into a new environment immediately turns into fear when he witnesses the reality happening in the school.

A girl who does everything so quickly that she's always one step ahead of others found out that her Valentine's Day has mysteriously passed when she wakes up the next morning.

This is a story about a New Zealander who has traveled thousands of miles to look for his son and started an amazing journey in Taiwan.

Bonded by blood but divided by basketball, two brothers become rivals on the court. This exciting sports film balances drama on and off the court.

This is a monologue letter that came from a sister, describing her inner transformation and struggle to her younger brother from jealousy and disgust to self-condemnation and regret.

Melody is in love. Though her lover is 5878 km away and 10 years younger. This Charlie from the screen cares for her so much, except for that it’s very likely Charlie is a scammer. But how would you know if this is true love that finally comes if you don’t try?

After a nuclear disaster, the world has gone dystopian. Many people have undergone physical mutation and therefore are cut off government supplies. A female mutant robs the provisions of a military officer with a strong sense of justice. His chase ends in a rundown, gaudy amusement park. Just when the girl is about to be arrested, she discovers a top-secret. The division between normal and abnormal should not be a raison d'être.

Bin Bin is a beautiful fearless boy. He enjoys his friendship with his confidante An An until You-Jen, a handsome mixed-race boy, appears in their lives.  While pursuing An An, You-Jen awakens something in Bin Bin's heart….

Having gay dads, Qiu, a sixth-grade boy, takes action to prove to the world that, unlike his parents, he is straight and manly. It’s no joke!

San is the owner of an old watch and clock shop that has passed its prime. He never goes anywhere but stays in his store. San finally decides to go hiking after his good friends’ passing, yet ends up with a broken leg. The monkeys on the mountains are making fun of him.

Wang & Liu lost their cat during a road trip. Now they are stuck in the middle of Taiwan trying to find the cat. The search of the cat also pushes them to face their past head-on.

Due to severe air pollution, the preparation of the relocation of village Dalinpu is now on the move. Villager Ayu is also busy preparing for her new life after leaving here and has sent her proposal for a new job position, while her father tóo-á disagrees with the idea of migrating and insists on his fish farming here. The story starts at night when heavy rain is hitting the town….

In Taiwan, a mid-aged father learns to pick some joys back with his wife after they are notified their only son can't come back home for holiday.

A young man comes to New York looking for Superman.

Taiwanese businessman Chia-chen is turned out by her wife whom he is going to divorce. Even their son persuades him to sign the paper. One day, he sneaks back home to take his golf set. And at the same time, the typhoon “Yong-Ching” is coming, which happens to be the same name as his wife…..

Titles such as Parasite, Squid Game, and others have taken the world by storm. The speakers will give their thoughts on the seemingly exploding demand for foreign language content.

This panel will focus on international co-production with two experts from Hollywood.

The panel is led by top-tier animation experts to provide insights on how Taiwan can provide the technology resources for the global filming industry.

Founded in 2017, Taiwan Biennial Film Festival (TBFF) has been an exclusive Taiwanese film showcase held in Los Angeles every two years. This year, the TBFF organizer, the Taiwan Academy of the Taipei Economic and Cultural Office in Los Angeles, is delighted to co-present TBFF 2021 with the Taiwan Creative Content Agency (TAICCA), a professional organization that promotes the development of Taiwan’s content industries. The 3rd TBFF will remain with its consistent mission to build a platform for Taiwan cinema to connect with the stronghold of the film industry, Hollywood, reaching out to the international audience. This year, for the first time, TBFF has launched its logo that combines butterfly (as Taiwanese dubbed the "kingdom of butterflies") and palm trees (the most iconic image of Los Angeles) to represent Taiwan’s free creativity fluttering through the East and the West.

With the theme “Breadth of Life,” the 3rd edition of TBFF incorporates the transformation of butterflies into the main visual, featuring Taiwan’s vitality and dynamic innovation that spread across various perspectives of life. It also reveals the contemporary viewpoints toward Taiwan cinemas to the international audience. The festival will be held in-person and in an online format from November 3-12, 2021, with the opening film, Man In Love, that will be screened at the TCL Theater in Hollywood on November 3rd, and an online screening on the premium live event platform Watchbeem during the following 9 days. As the only live screening, the Taiwanese blockbuster Man In Love tells the bittersweet romance of a debt collector who falls in love with his debtor. It is director Chen-hao Yin's first feature film that has reached NT$4 billion (US$14 million) at Taiwan’s box office. The film will be followed by a Q&A with the director, who has added a variety of grassroots elements to impress the audience with a Taiwanese local spirit.

The line-up for this year comprises 20 feature films and short films, including various genres, such as romantic comedy as the opening film, Man In Love and My Missing Valentine; a social psychological thriller drama adapted from a real social event, The Silent Forest; a satire zombie film that reflects the turmoil in Taiwanese Legislature Yuan, Get the Hell Out; Asia's first blockchain movie, The Last Thieves; the exciting sports film, We Are Champions, that describes the strong bond of two siblings on the basketball court. Besides the films above, the festival also presents various film genres, including dark comedy, heart-warming family drama, documentaries, etc., which all illustrate Taiwan’s local culture. Through the free, diverse, unique interpretation from the new generation of Taiwanese filmmakers, TBFF 2021 signals Taiwan in the most contemporary and realistic manner to the global audience.

The curator and executive producer of the 3rd TBFF, Douglas Montgomery, is the founder of the media consulting company, Global Connects and the founder of Japan Connects Hollywood Film Festival. With his experience working in Warner Media for more than a decade, two online industry panels will be held to disclose the potential of foreign content and international co-productions around the world.

2022「Sunny Side of the Doc」紀錄片影展官方影片提案單元與「PiXii Festi... 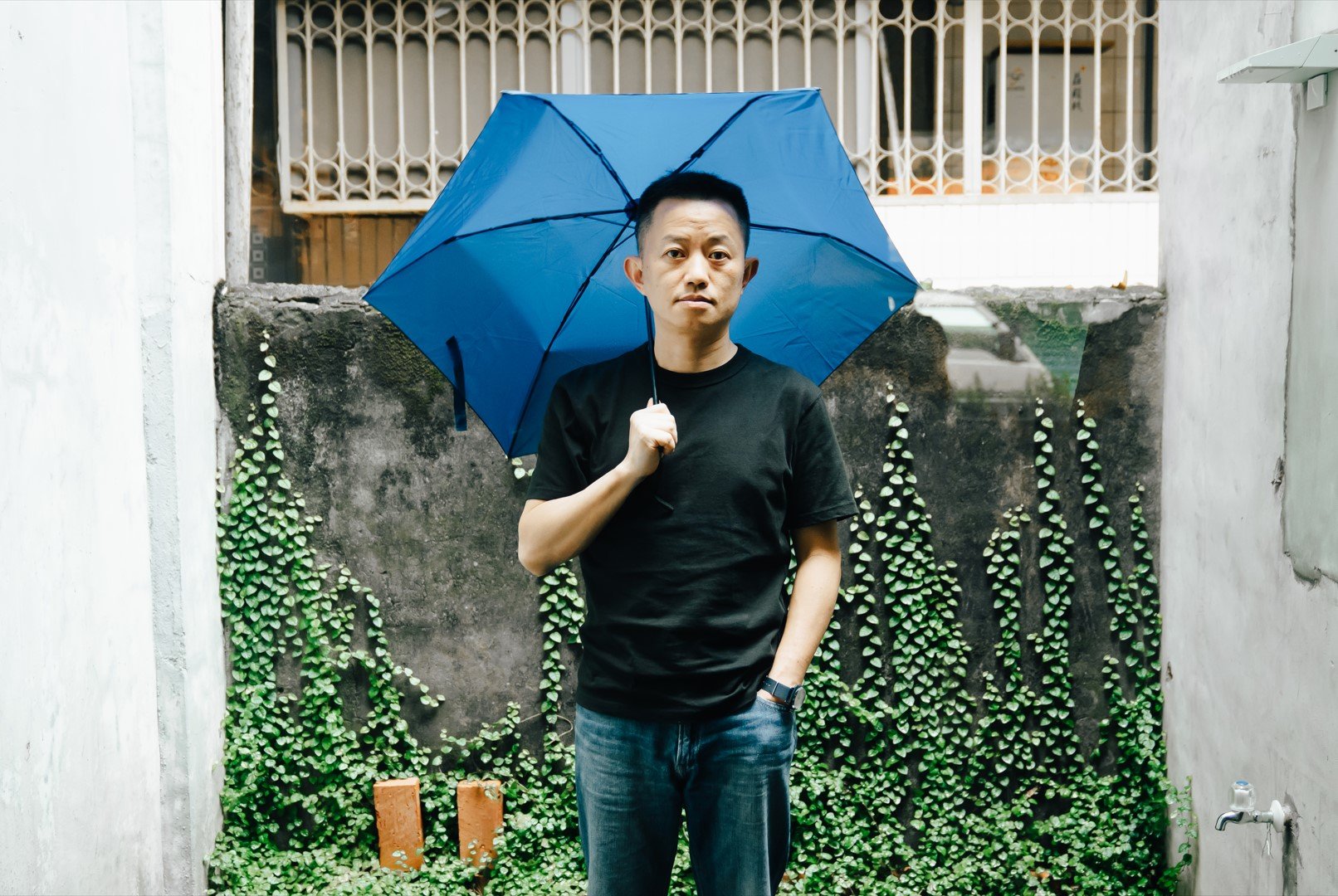 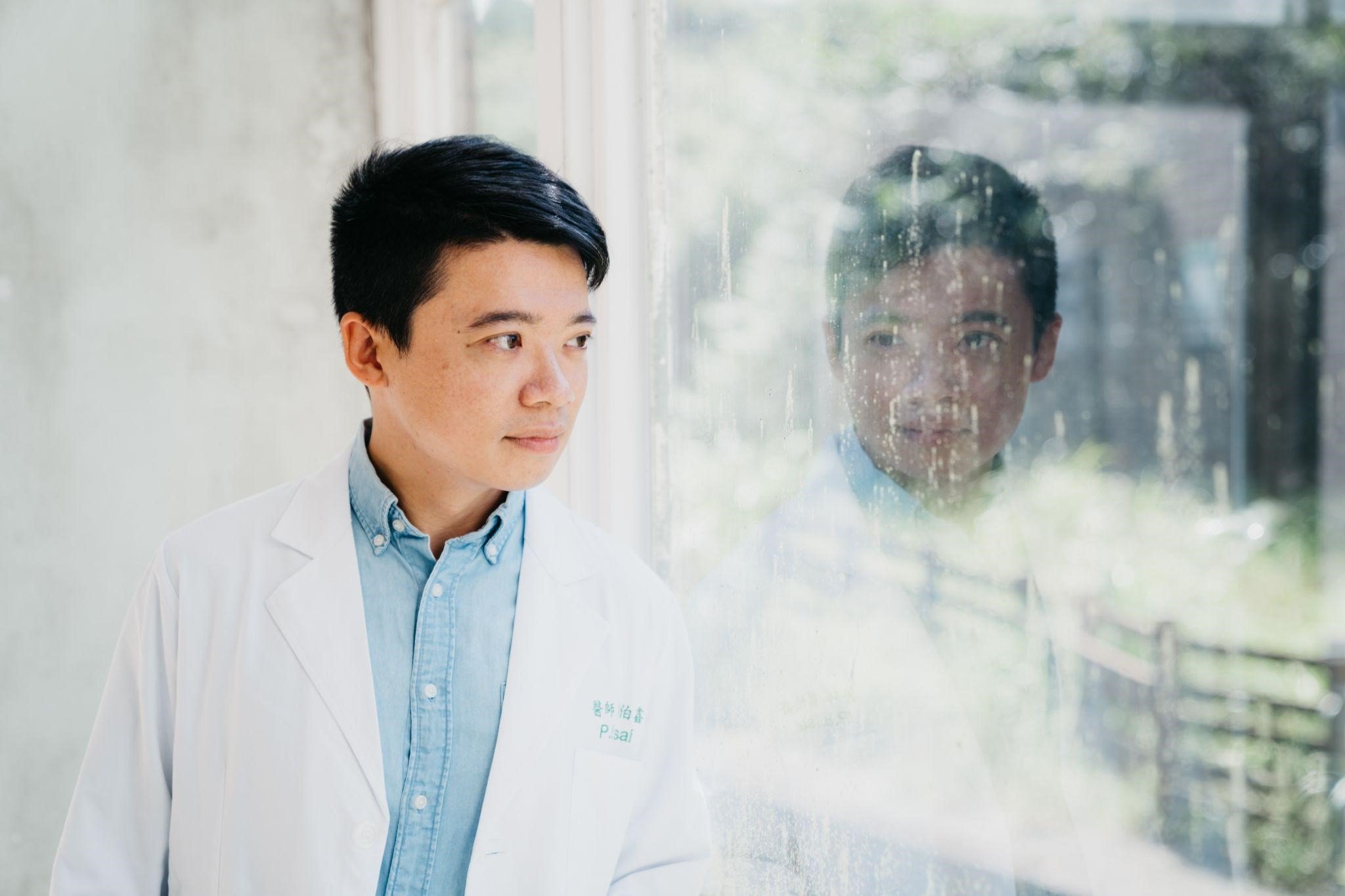 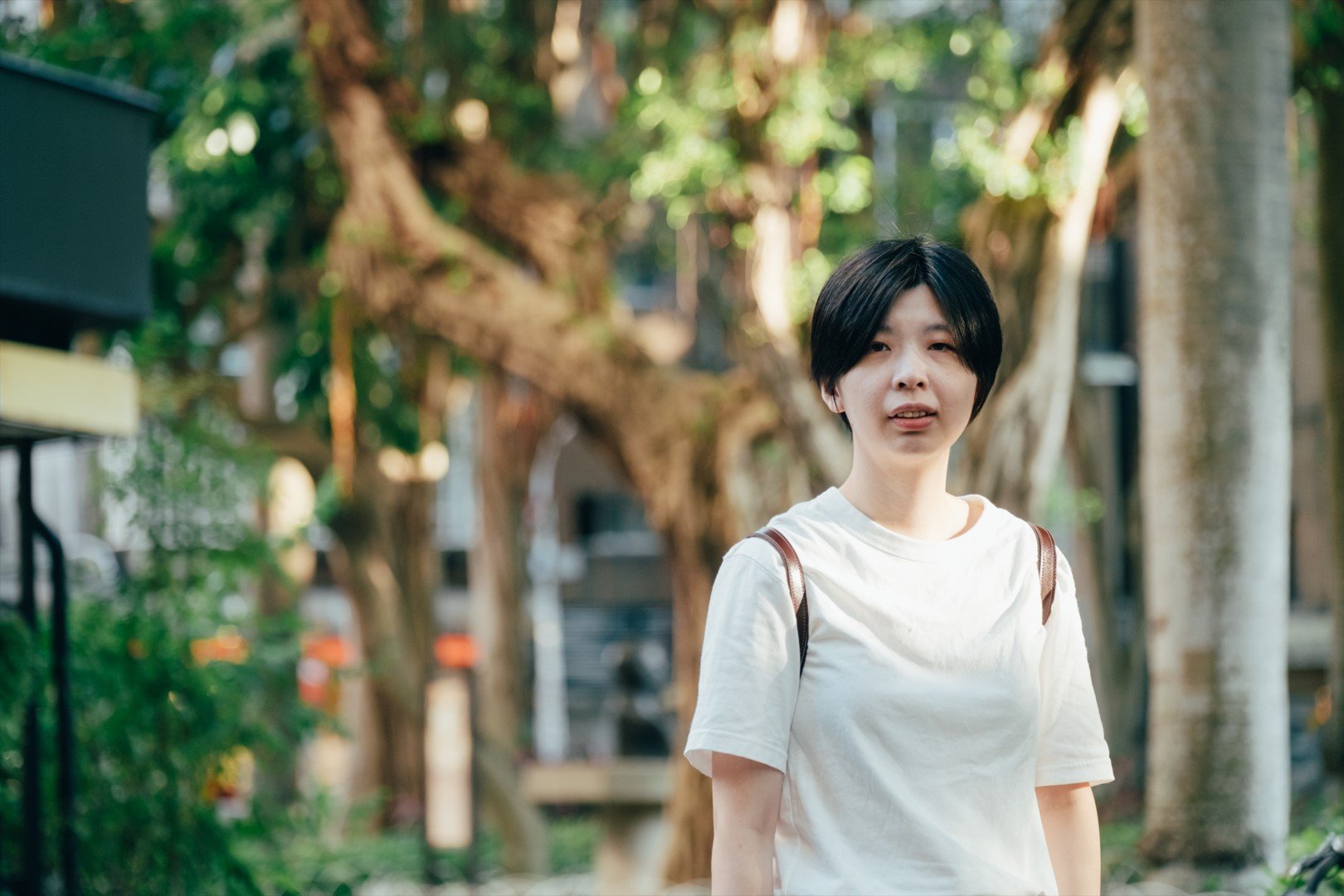 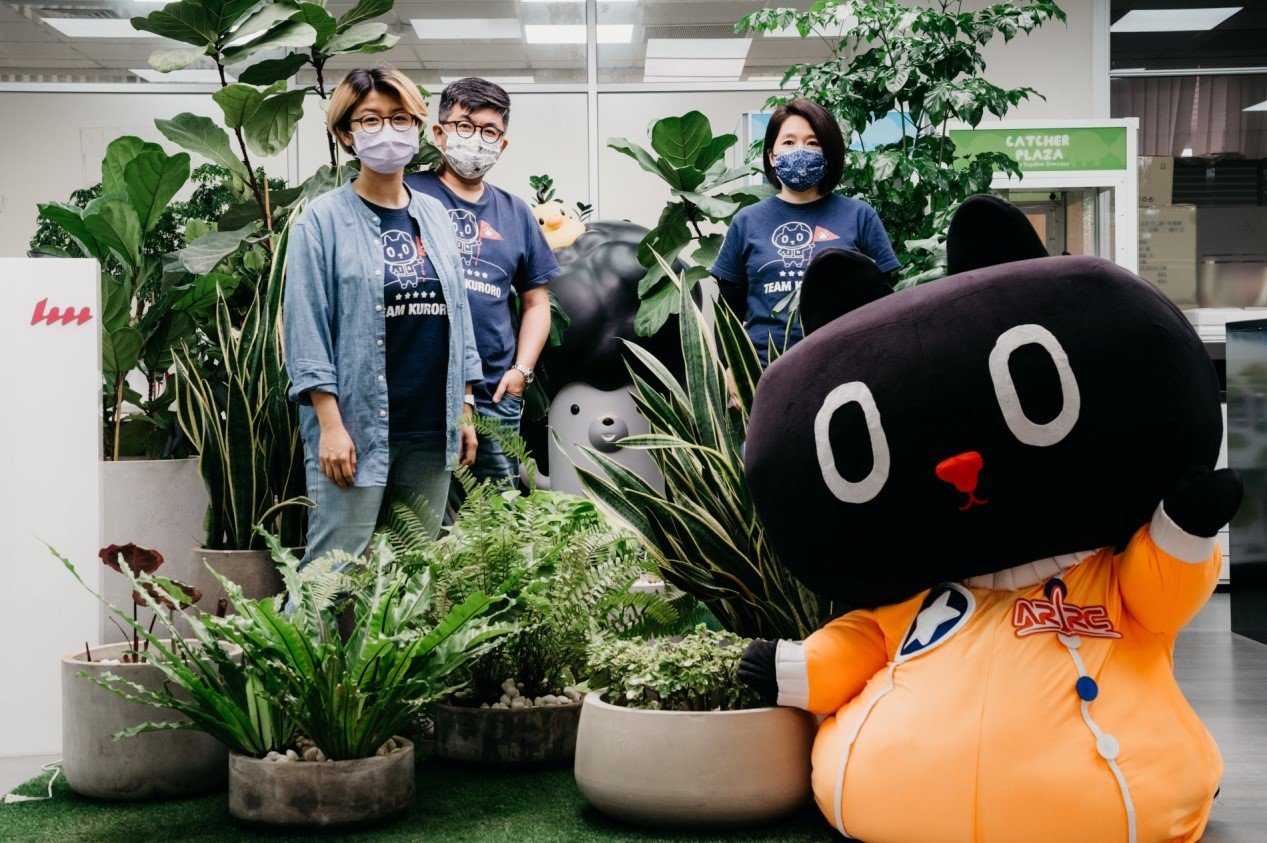 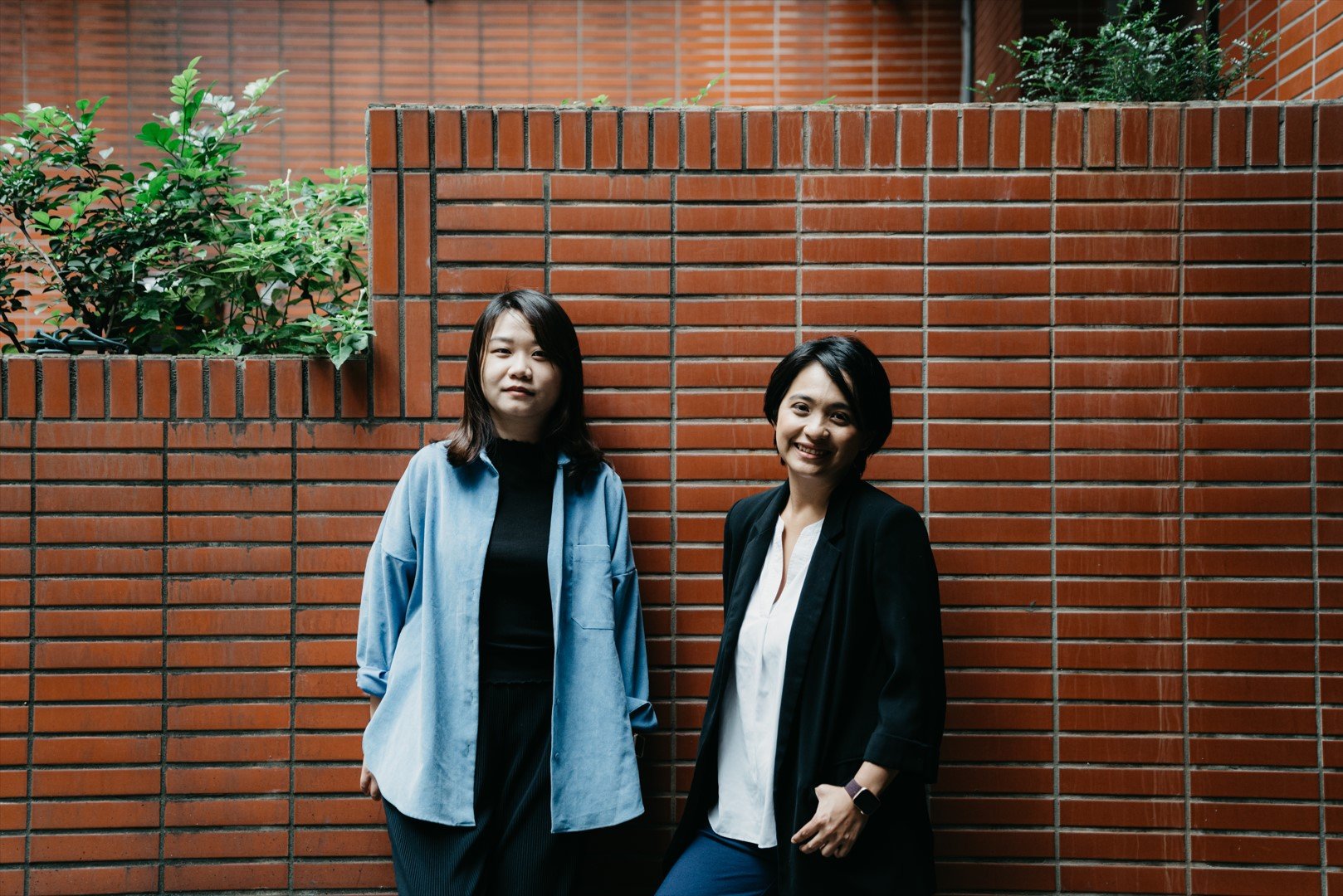 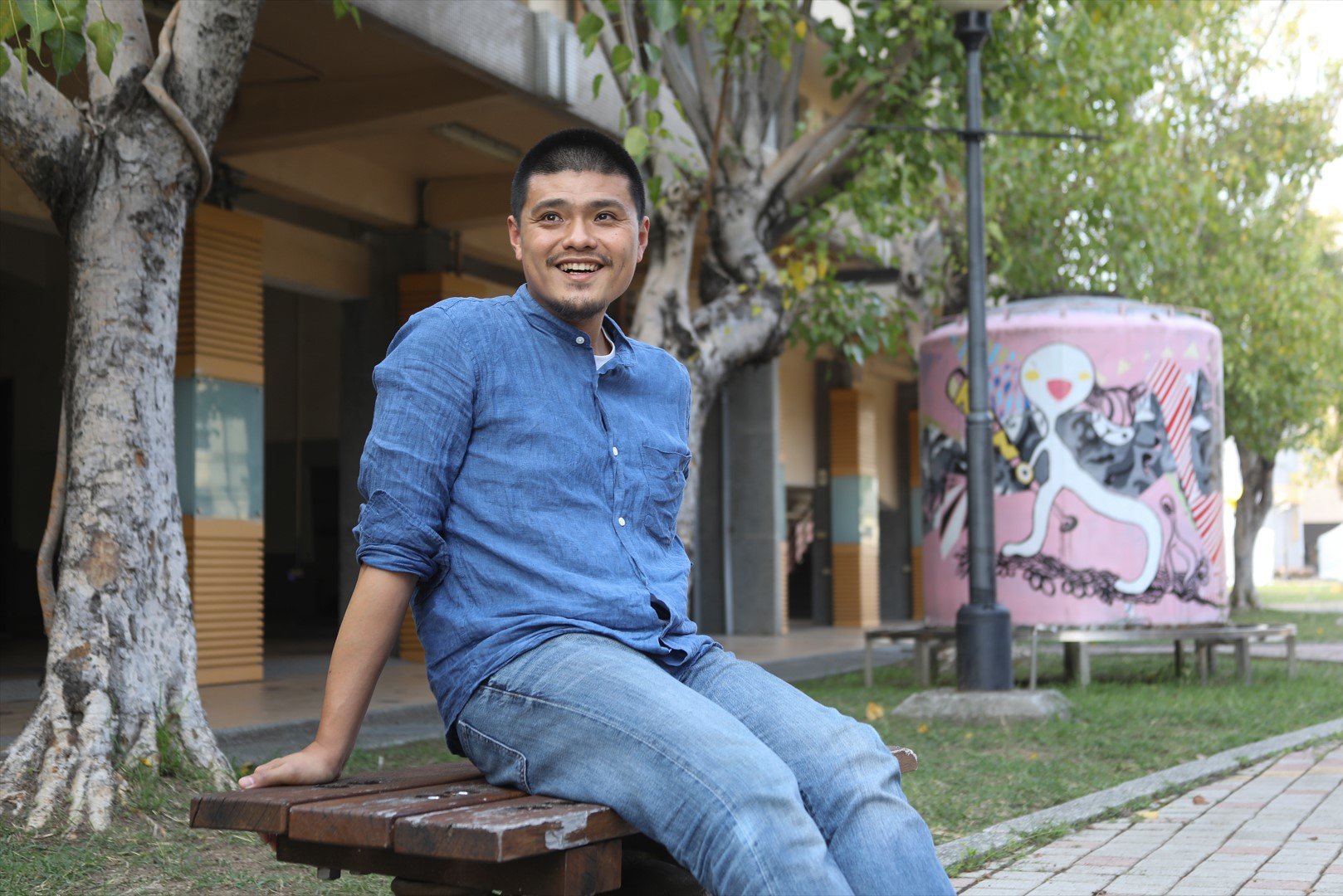 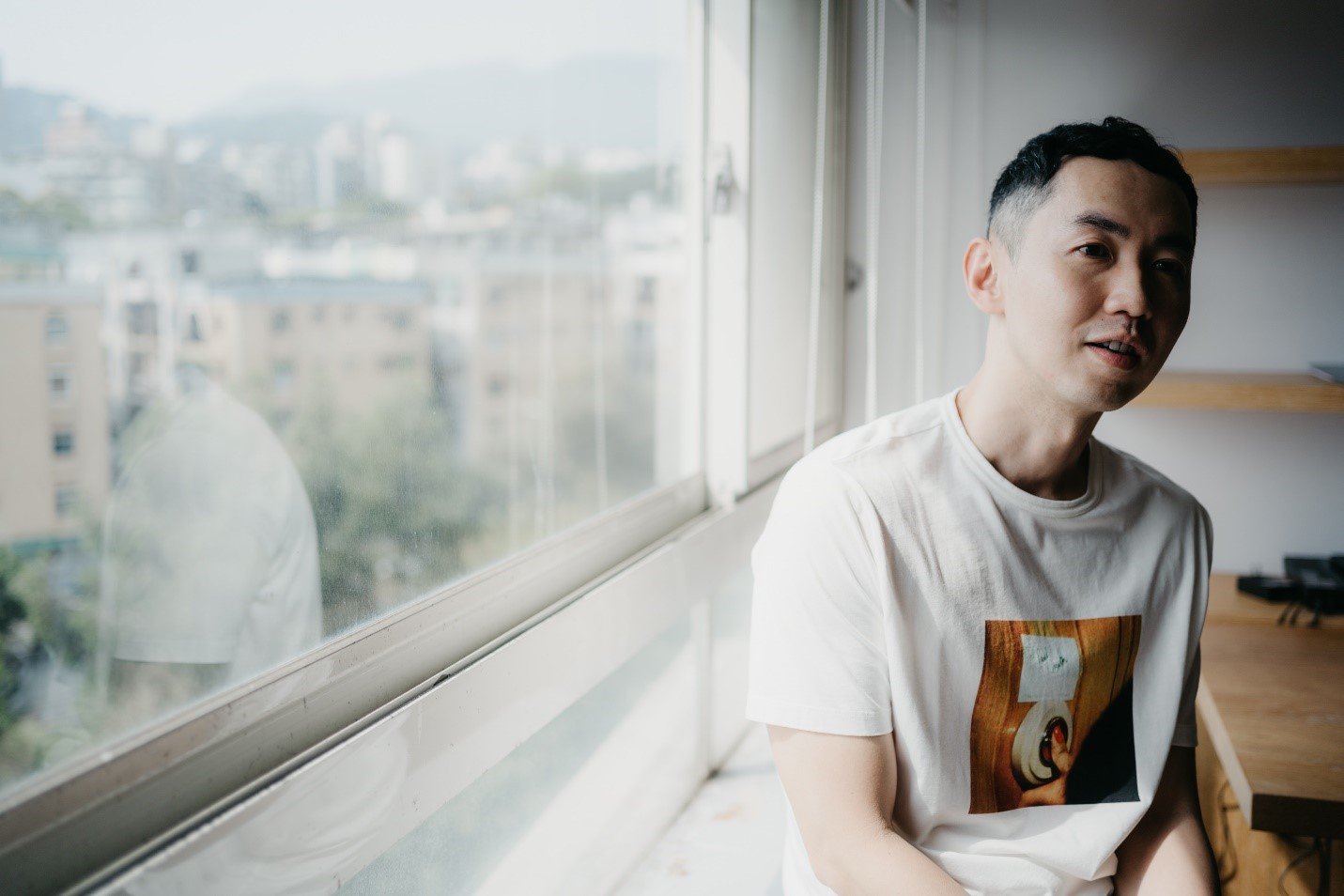 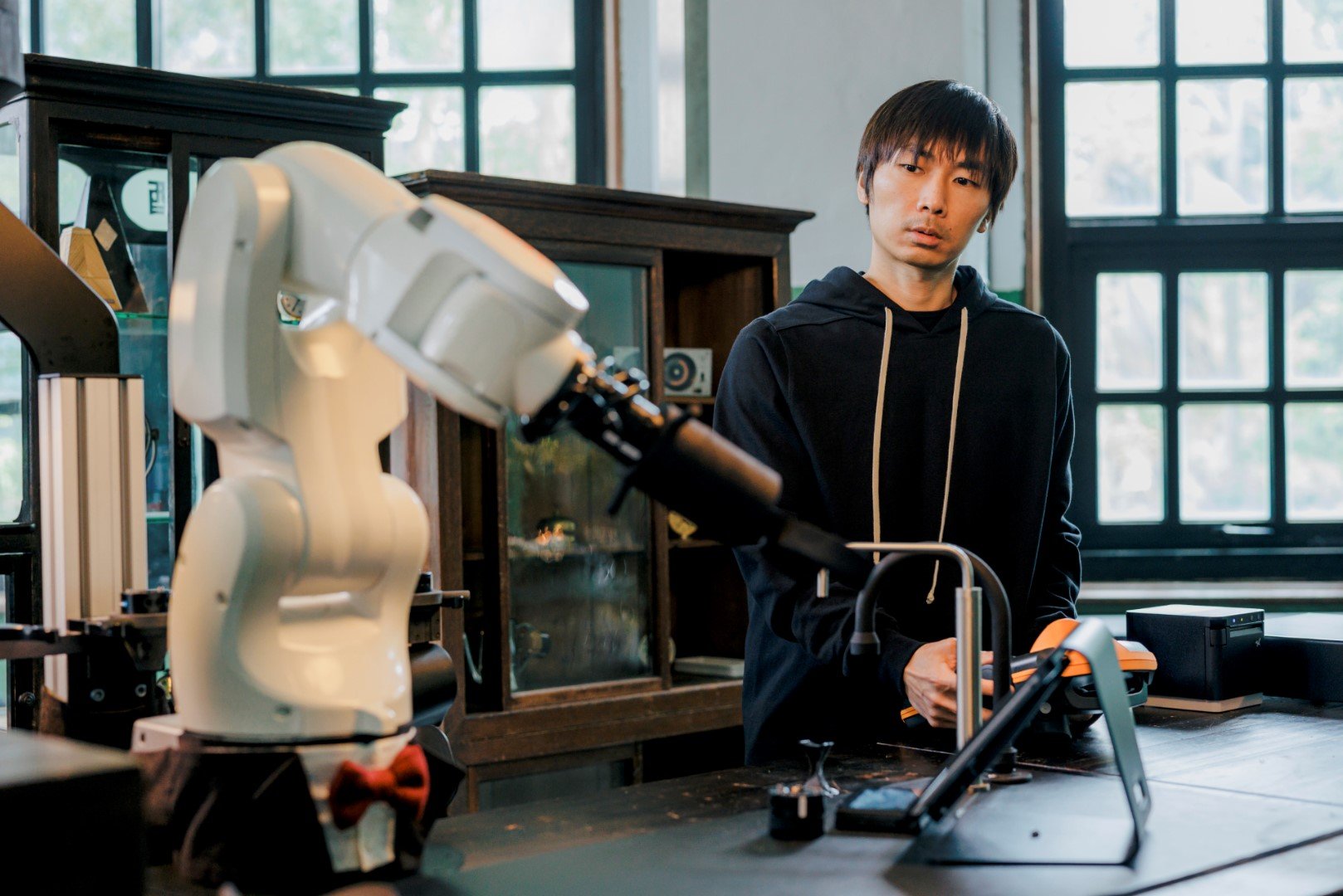 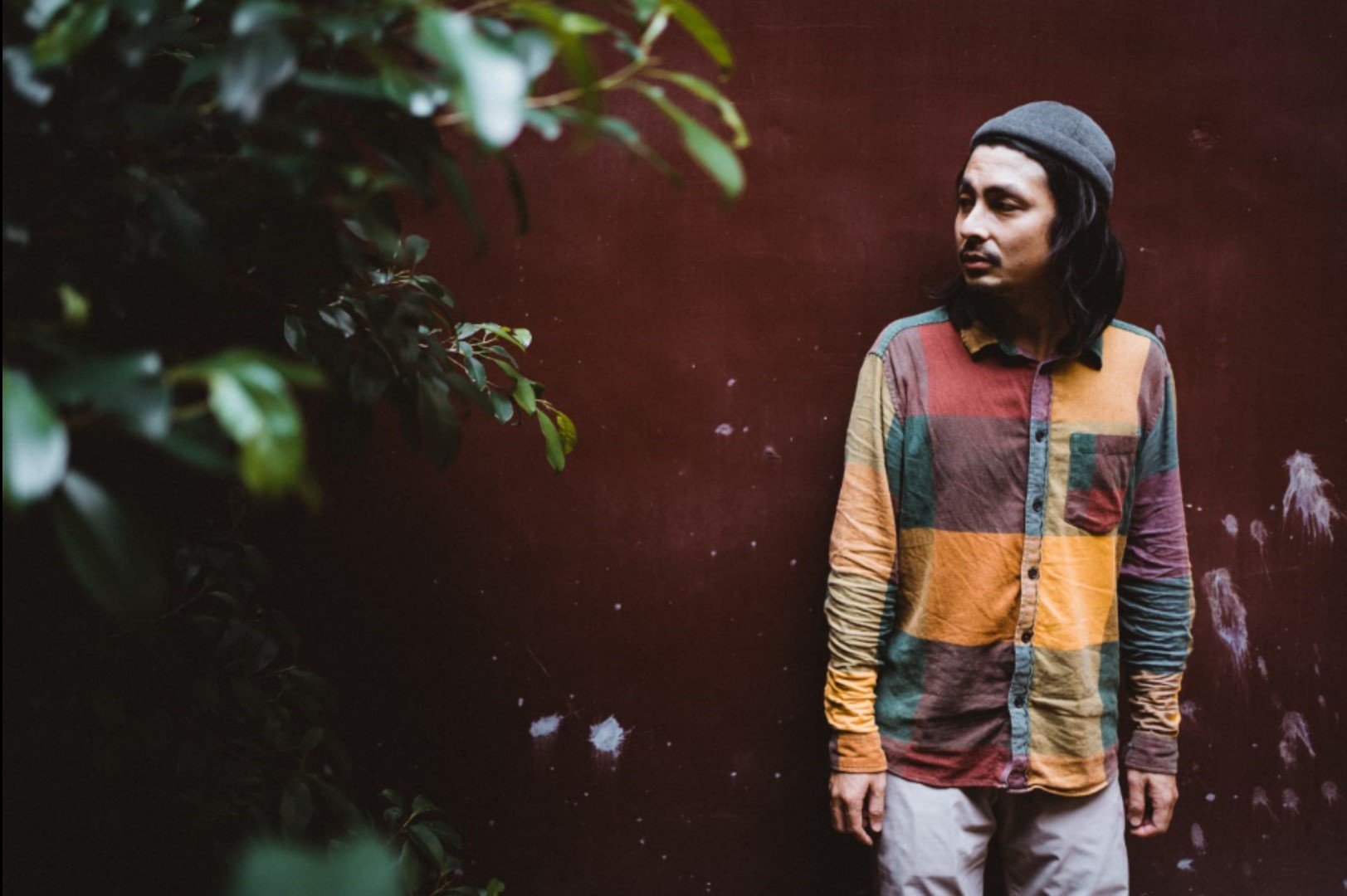 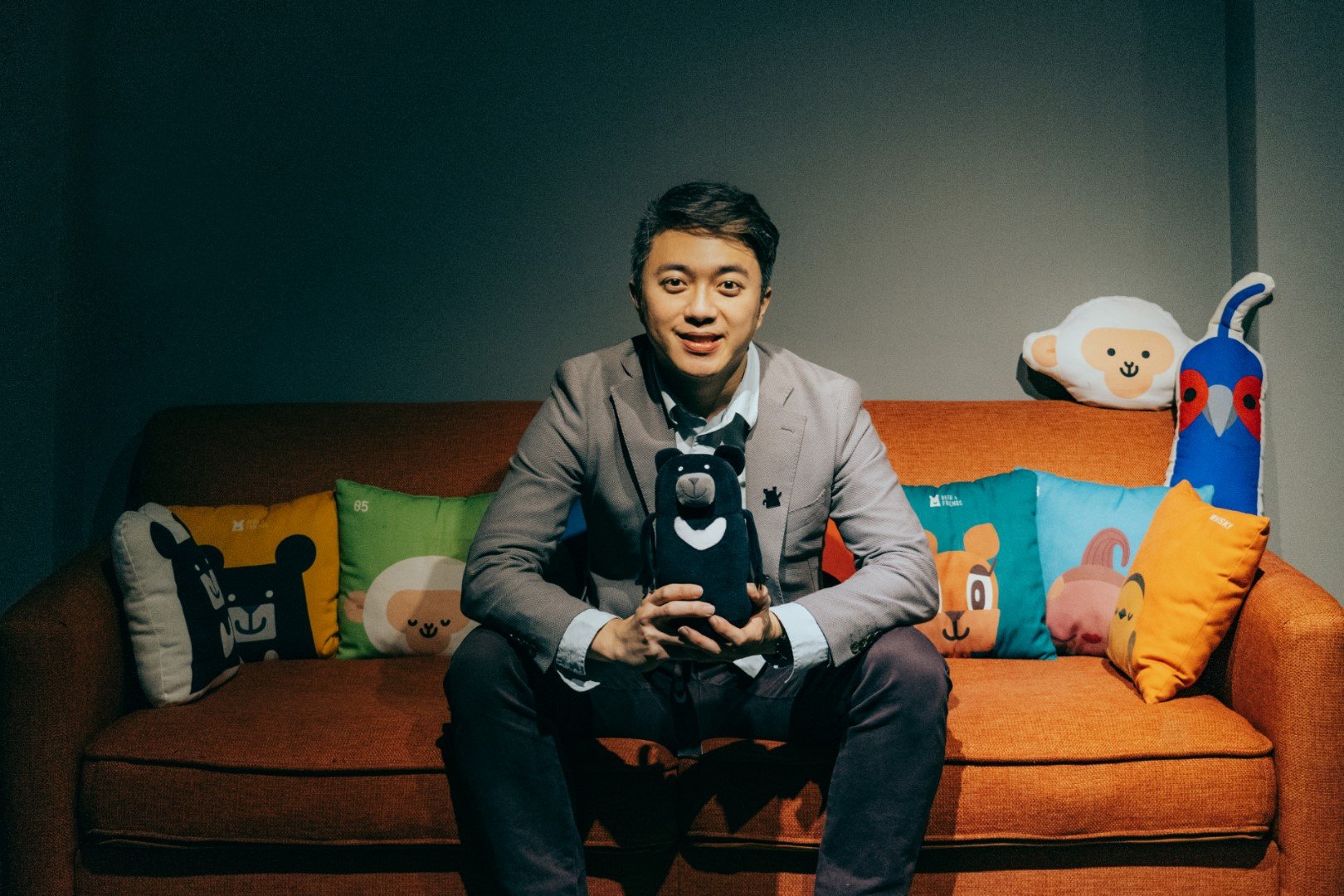 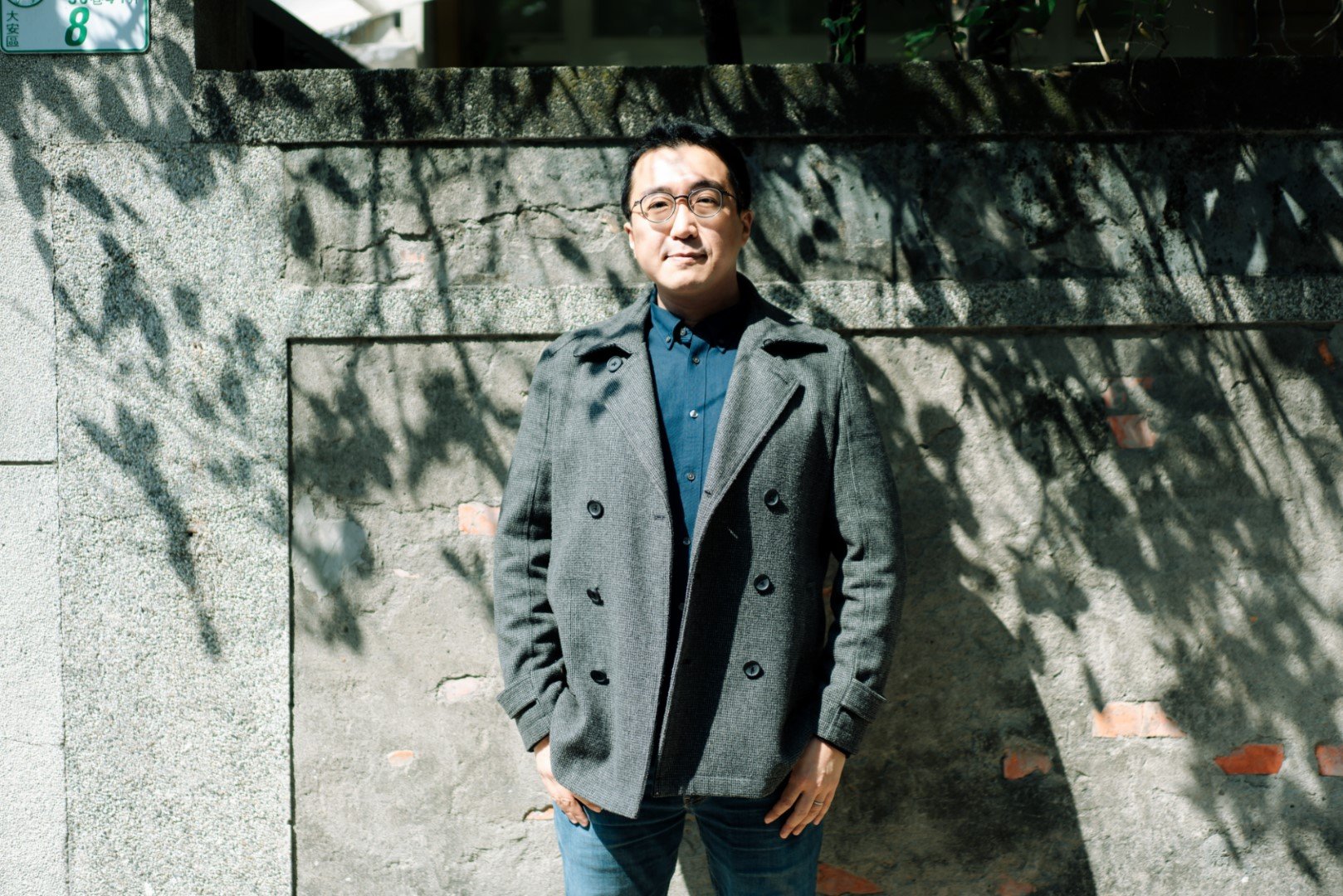 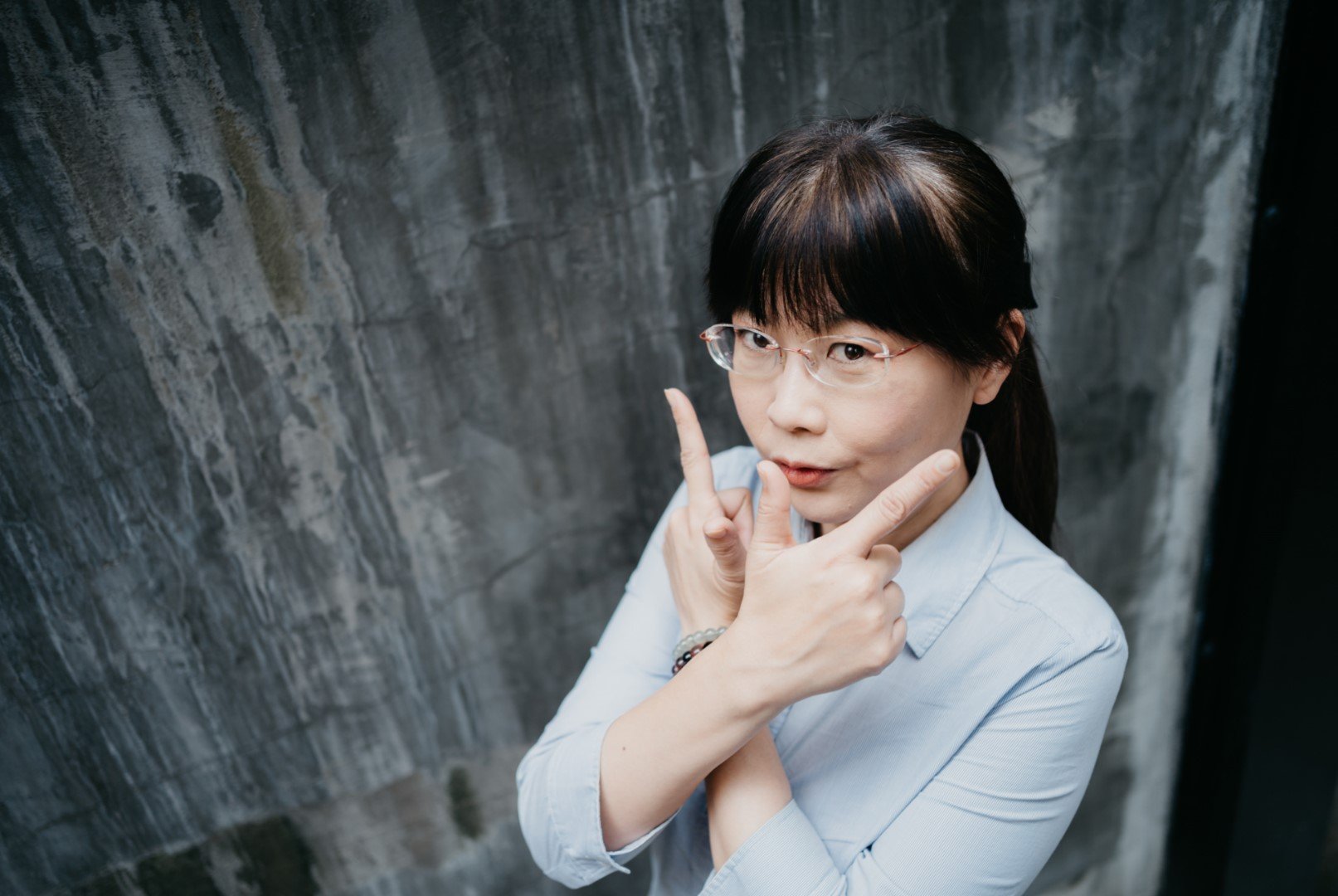 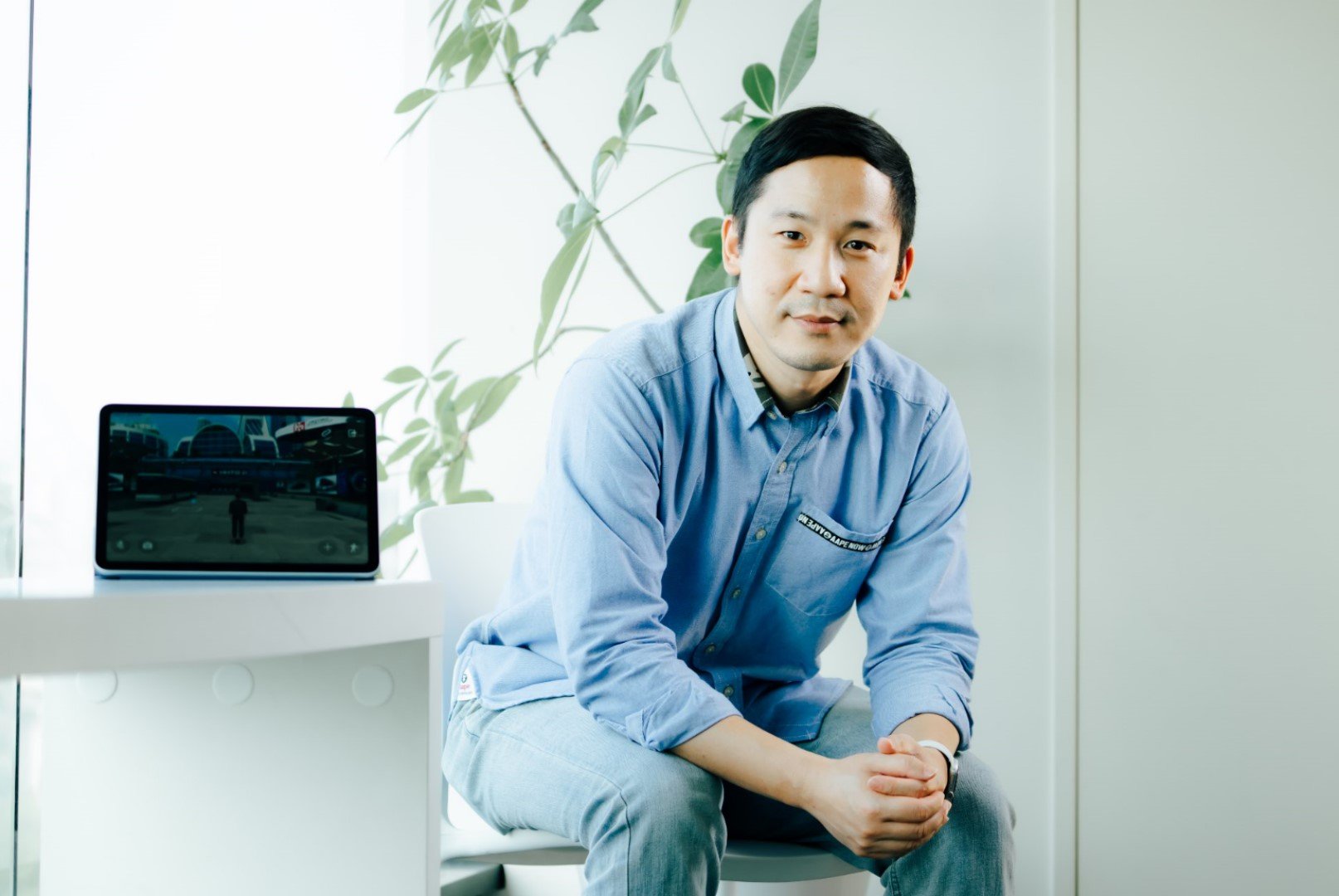 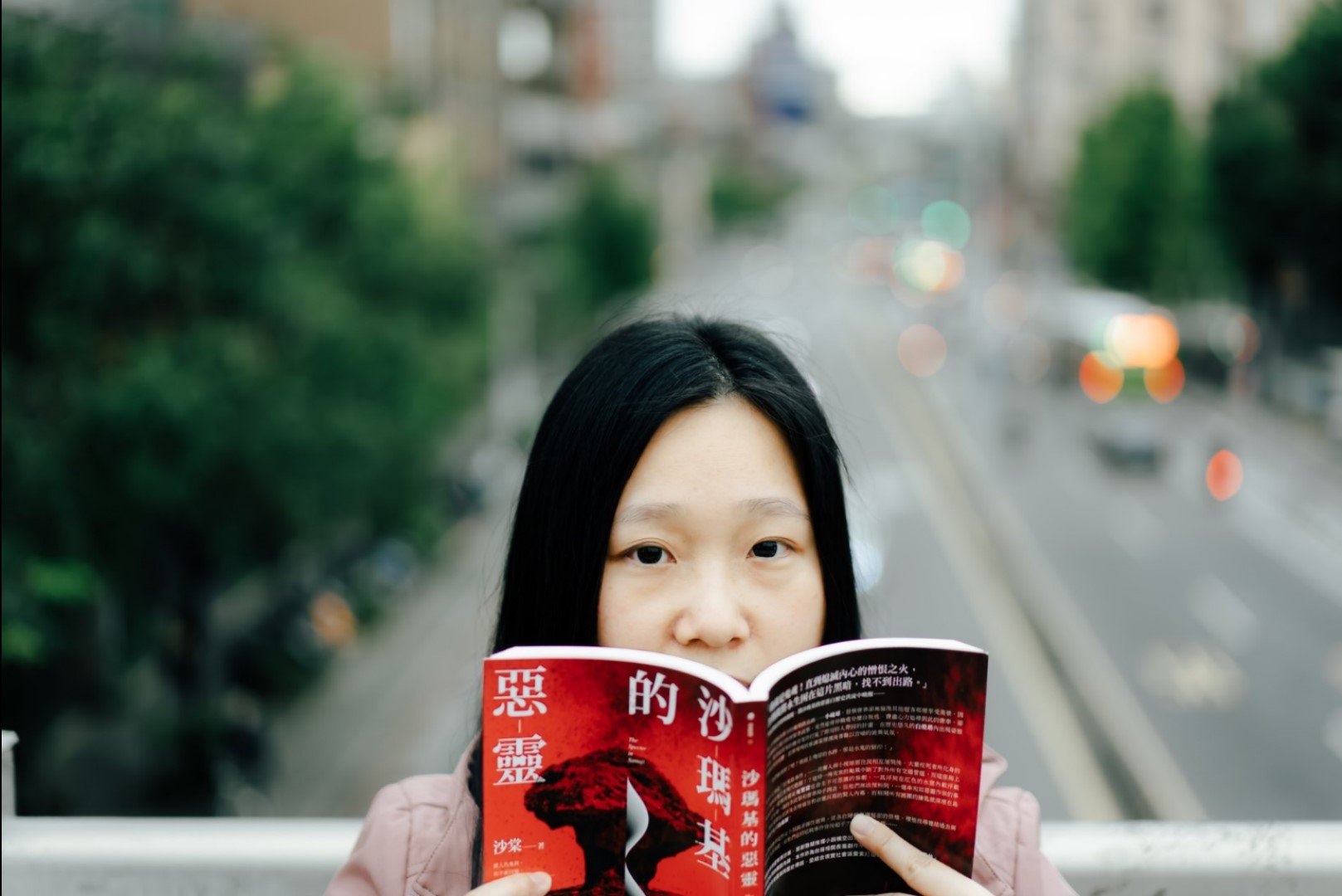 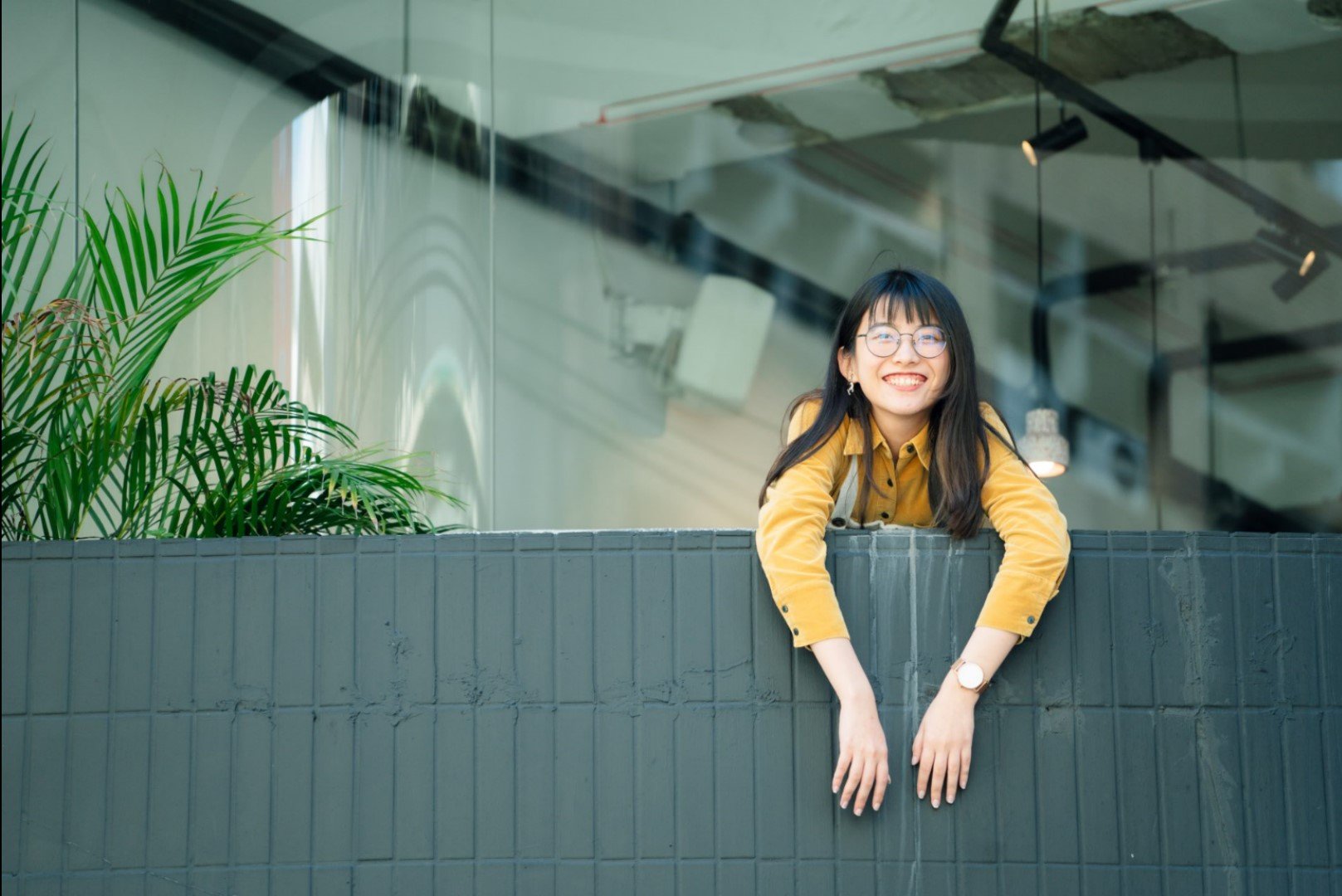 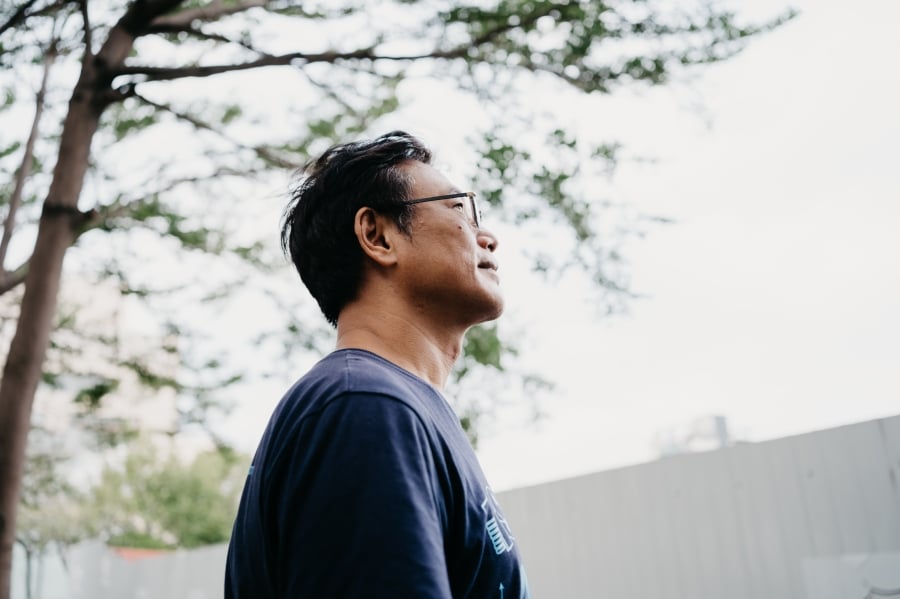 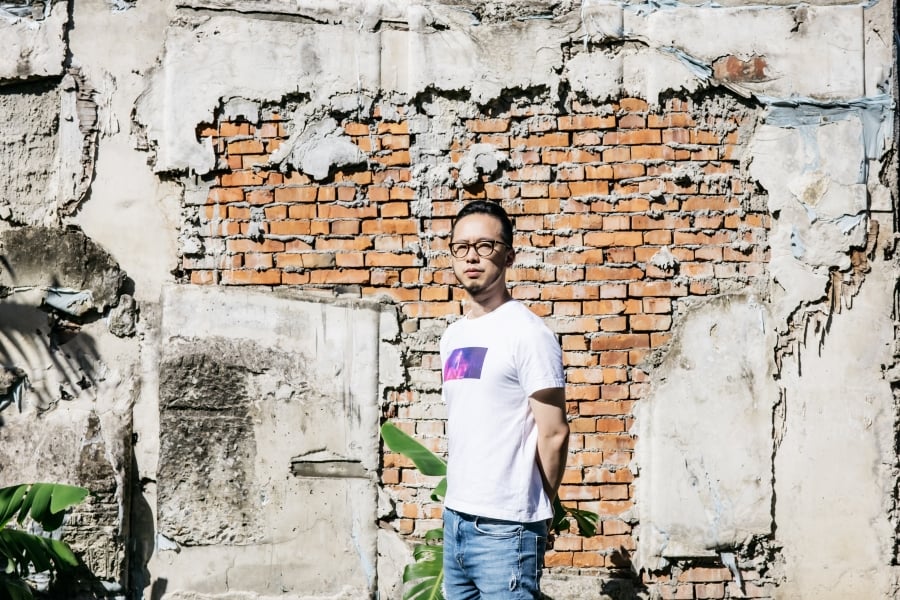 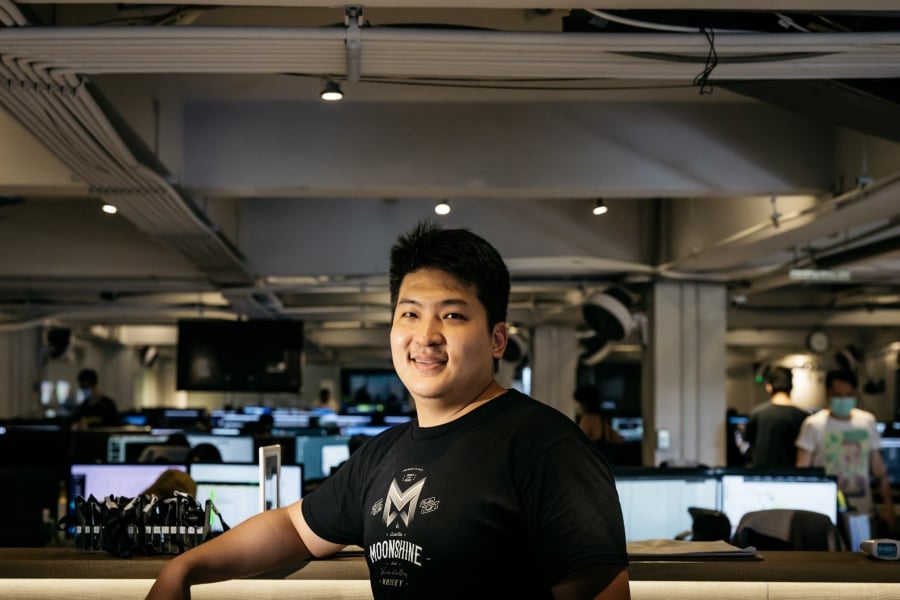 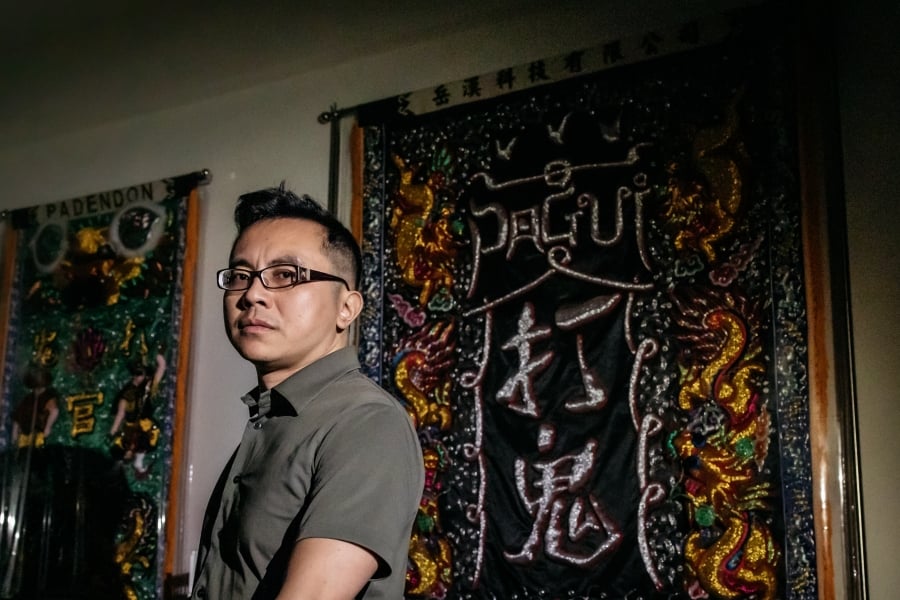 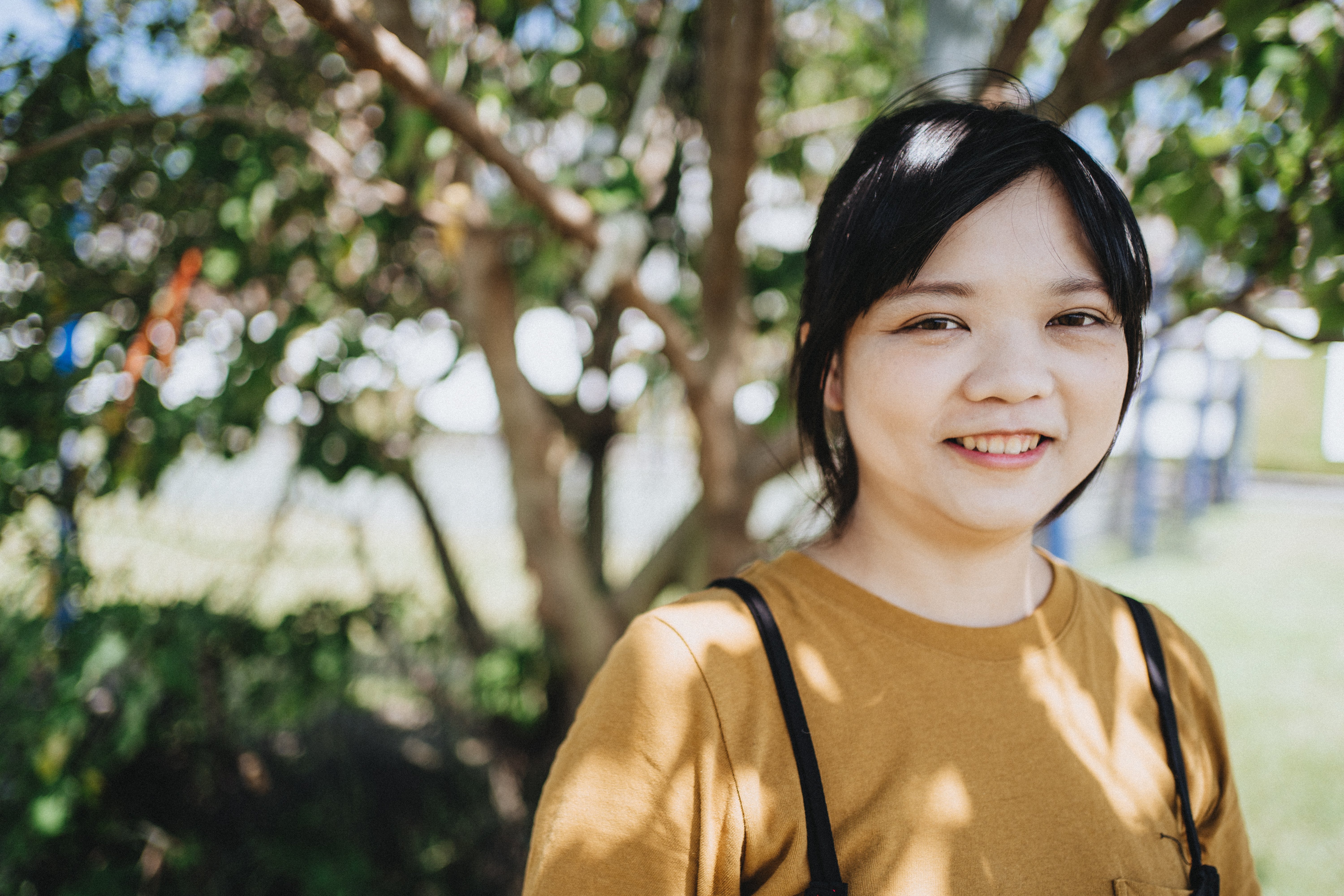 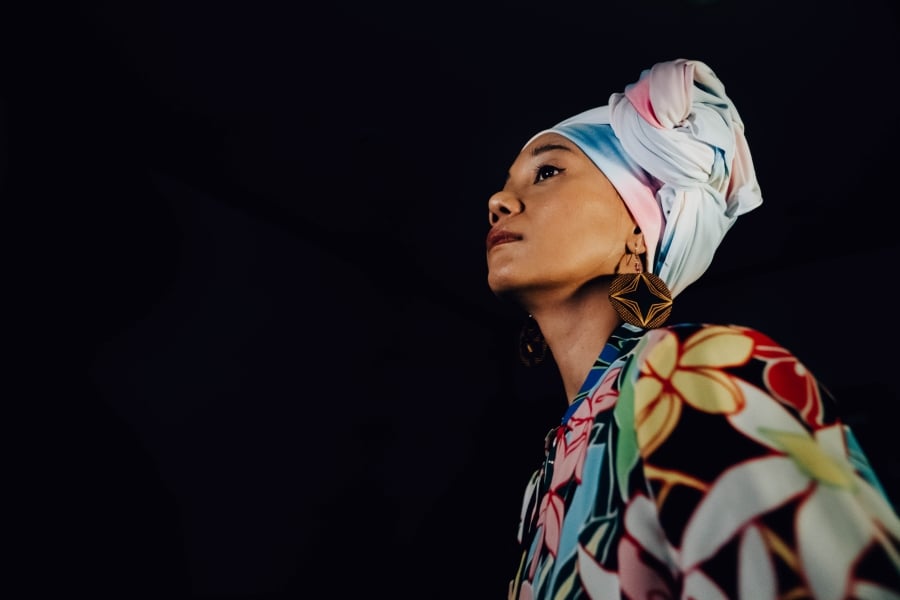 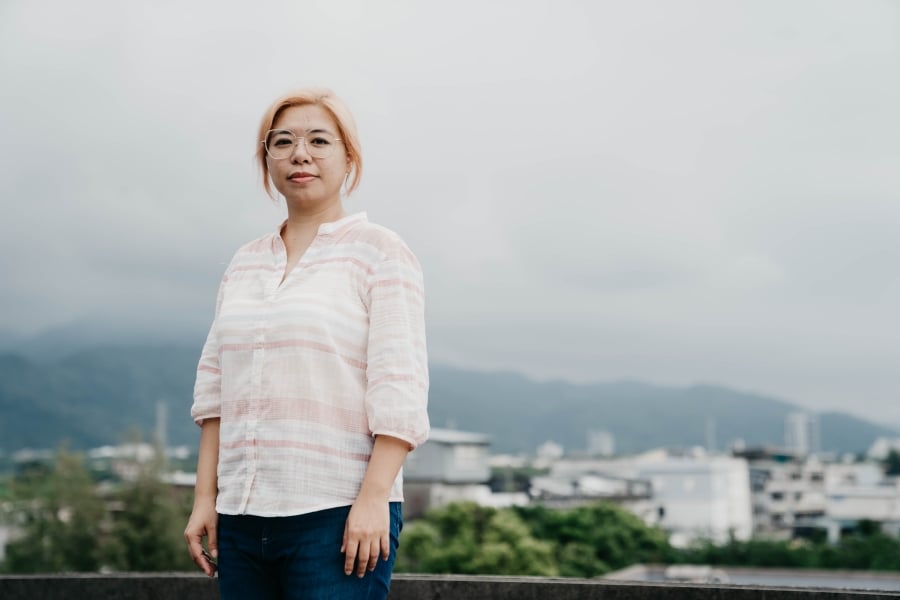 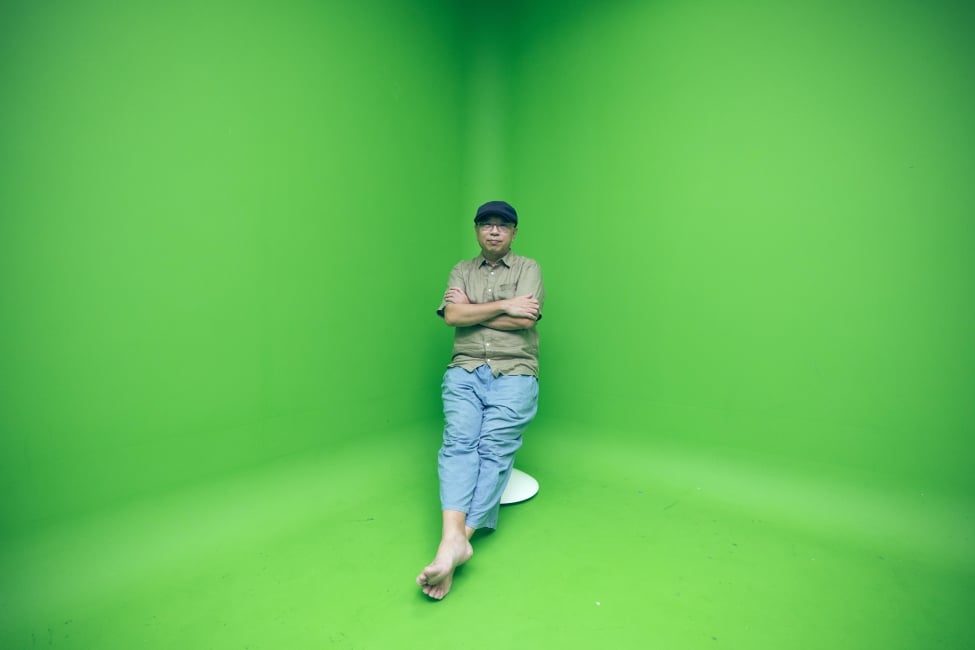 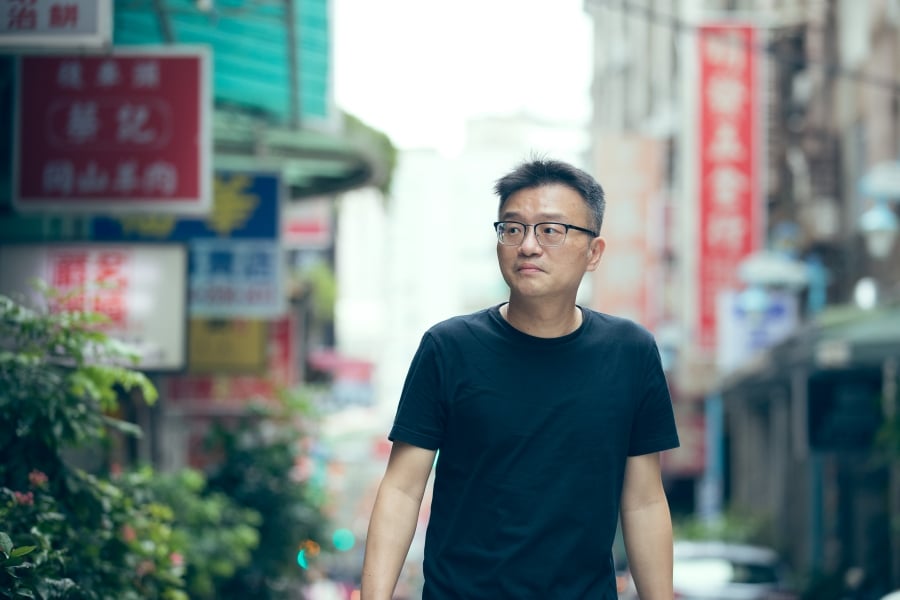 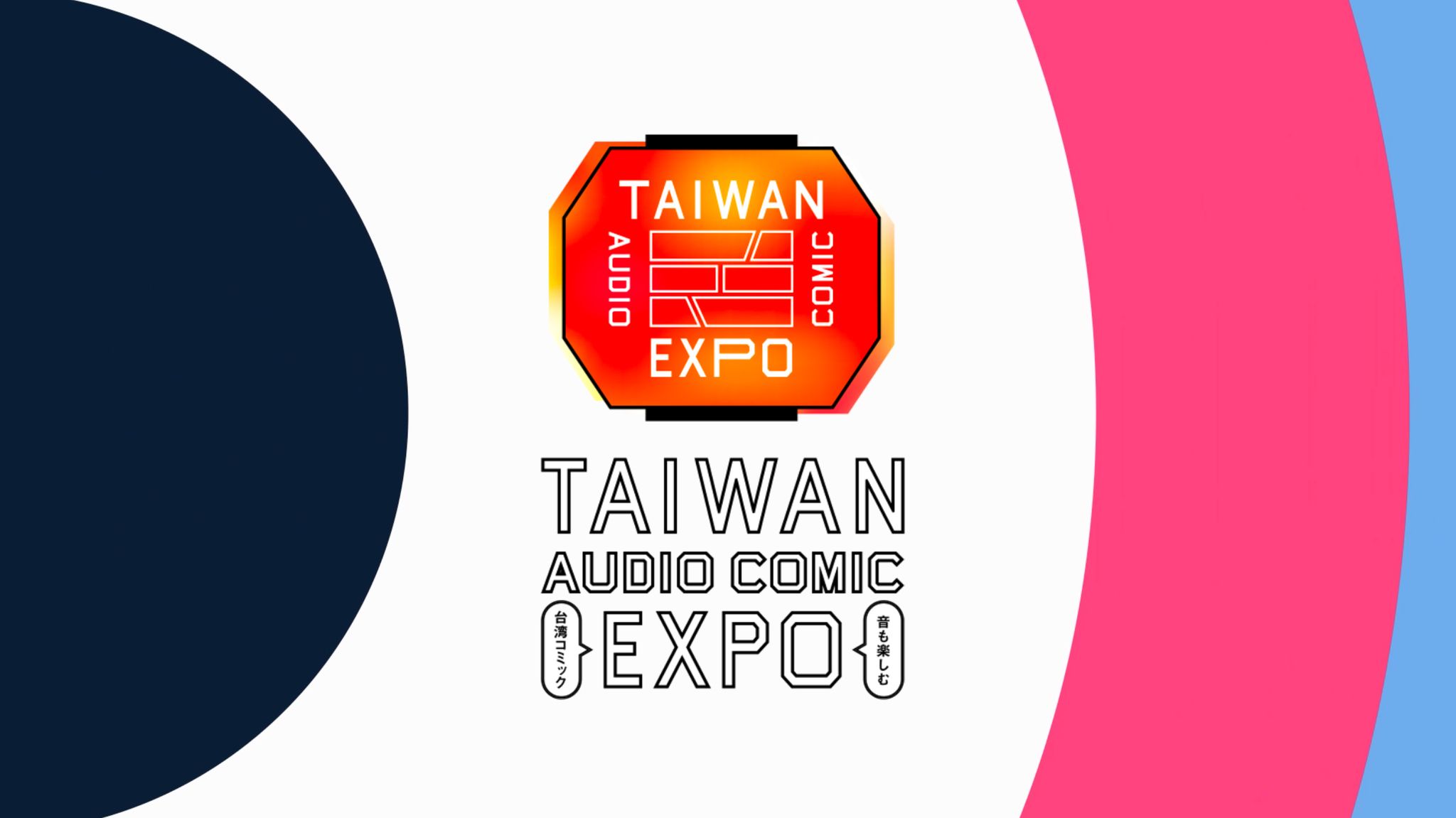